First, it was a bank teller who mentioned to me she’d learned about the skin microbiome from a Dove commercial. Then it was a woman whose drink I’d accidentally touched at the Starbucks counter, who said when I apologized, “That’s okay, it’s probably good for my microbiome”.

Continual encounters like this have made me believe 2019 was the year when the microbiome finally became a household name. Whereas even five years ago the word ‘microbiome’ was likely to be met with raised eyebrows, now many people know basically what it is—and are hearing the message that it’s an important factor in human health.

Scientifically, though, research on the human microbiome is going strong, with the knowledge having been steadily building for far more than a decade. Hundreds of labs now are following up the earlier correlational studies with detailed mechanistic work and explorations of causality. There’s even a short (but growing) list of tangible clinical applications that have come from microbiome research. (More about these in the January roundup.)

One definite trend of the past few years has been the establishment of ‘microbiome centers’ at different institutions around the world in order to accelerate microbiome research. These centers take many different forms, and can involve dedicated personnel, physical spaces, access to lab or analytical services, or simply an ambition to study the microbiome. Recently, a Microbiome Centers Consortium (MCC) was established to serve as a resource for these various microbiome centers and advance their common interests.

Here are some of the important studies from the microbiome literature in December – wrapping up another great year of advancing our knowledge about the microbiome and human health.

Incorporating the ecological context of bacteria and other microbes is a hot topic in microbiome research at present. This article provides a great example of getting to know how bacteria behave differently when isolated versus in a biodiverse context (i.e. with several other kinds of bacteria). The researchers started with the knowledge that Pseudomonas aeruginosa has several ways to fend off its phage DMS3vir; they showed here that when the bacteria were alone with the virus, they used surface-based resistance against the phage, but when ‘rival’ bacteria were added to the mix, the bacteria turned to using CRISPR-based resistance instead (which had implications for the bacteria’s virulence). This shows that context matters: bacteria living among other bacteria use different strategies to fend off viruses, and in turn, the strategy employed affects the bacteria’s fitness and virulence.

There have been many studies on gut inflammation and possible ways to attenuate it. A new study in Nature Communications took a unique approach, essentially creating a potential ‘vaccine’ against gut inflammation. The basis of the paper was that the microbial communities occurring in inflamed guts tend to have more strains of bacteria that are motile—which means increased flagellin (the protein that bacterial flagella are made from). The researchers administered flagellin to mice in order to elicit anti-flagellin antibodies. These antibodies did their job of coating the bacterial flagella, preventing them from getting too close to the intestinal mucosa and ultimately protecting the health of the mice. The research is not yet translatable to humans, but the researchers did include a group of people with obesity (an inflammation-linked condition) and indeed discovered increased fecal flagellin along with reduced fecal flagellin-specific antibodies.

Intestinal microbiome composition and its relation to joint pain and inflammation

The gut microbiota has been linked with different kinds of pain – and a new study provides the strongest correlational evidence to date that gut microbes may have a relationship with osteoarthritis-related knee pain, a condition that commonly occurs with obesity. In a large population-based cohort, researchers found an association between Streptococcus species in the stool microbiota and knee pain (ruling out the effects of medication). Then they were able to replicate this association in an independent cohort of over 800 individuals. They don’t yet have evidence of how Streptococcus could trigger joint inflammation, but they hypothesize microbial metabolites may be active players.

Population Genetics in the Human Microbiome

In vitro, bacteria evolve quite readily. But does the genetic variation happen the exact same way within a host, or do ecological processes drive the process? This review covers the growing evidence that bacteria undergo rapid adaptation in a host, and it chronicles scientists’ attempts to uncover the population genetic forces driving microbiome genetic diversity. The authors also discuss how we’ll ultimately come to understand the importance of these genetic variants –models are needed that connect genetic variants of the microbiome with distinct host phenotypes.

There’s no such thing as a good microbiome study without good biostatistics and bioinformatics. But according to Prof. Amy Willis in this new review, too often this solid foundation is overlooked, leaving researchers wondering whether their results are more noise than signal. Willis addresses how to improve the power and accuracy of statistical methods, and gives the broad strokes of how to carry out a careful statistical analysis for a microbiome study in order to produce valid P values and reduce the risk of ‘false discoveries’ (that is, irreproducible results).

This review provides a great summary of what we know to date about dietary fiberand its mechanisms of action,all the way through to its effects on host health.The authors incorporate the latest research about gut microbiota, explaining how fiber creates “food webs” for communities of bacteria in the gut and how fiber digestion by microbes produces short-chain fatty acids (SCFAs), which have systemic effects. The review also covers non-SCFA-related effects of fiber on host health. Finally, the authors discuss how strong the case is at present for personalization of fiber quantity and type. 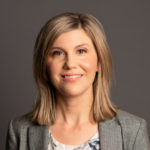