An accepted component of scientific investigation is the review process both prior to publication and afterwards. Since there are no perfect studies, there will always be room for criticism and praise of any given study.

On occasion, there are several reasons why the reaction to published studies is more heated. Parts of the study were poorly performed or analyzed, yet not apparently picked-up by the referees; the conclusions are misleading or inconsistent with the data; or the press release and/or media response is overblown.

The response to two papers by Elinav’s group1,2 is unfortunate but warranted.

Firstly, if the intent is to study a product, in this case an eleven-strain cocktail containing lactobacilli and bifidobacteria, the minimum requirement should be an explanation of its merits in humans, its strain properties and the expectation of its effect. On the contrary, this product was simply stated to be ‘probiotic’, which by definition should have been ‘shown to confer a health benefit on the host’3. A search of the product’s distributor web site4, states that the product “will relieve various digestive problems, especially inflammatory bowel diseases (Crohn, Colitis) and Irritable Bowel Syndrome (IBS)”, with no human studies cited there or in the manuscripts to support these claims.

Aside from the authors stating undefined terms such as “empiric probiotic”, and “probiotic gut mucosal colonization efficacy”, and incorrectly defining probiotics as “dietary live bacteria supplements”, they treat probiotics as if they were a single entity. This would not be acceptable in the case of drugs, nor should it be for probiotics. The science behind this has been published, and should not have been ignored by the authors. For example, Lactobacillus rhamnosus GG may not be ideally-suited for an application to the vagina compared to L. rhamnosus GR-1 based on a pilot clinical study (actually larger than the Suez paper, ten women compared to eight subjects1)5, plus comparative genomic analysis6. Thus, not all probiotic strains are identical or functionally the same.

In the Zmora study7, fourteen healthy adults had their intestinal contents flushed three weeks into the four-week supplementation, yet the authors conclude “probiotics supplementation may be limited in universally and persistently impacting the gut mucosa, meriting development of new personalized probiotic approaches”. This over-generalization (implying all probiotics), is based on a sample size insufficient to make such definitive conclusions. The irony is that it has long been reported that probiotics do not colonize the host, so the finding is not novel. The authors have every right to make a vague statement that personalized probiotics need to be developed, but the journal should have questioned the practicality of this since it cannot be predicted from a microbiota sequencing read-out. This particular journal has previously inadequately reviewed another paper7 which led to internet reports on probiotics for autism (even though Bacteroides fragilis is not a probiotic)8,9, when important issues with the data analysis and conclusions were overlooked10.

Scientist must by now appreciate that the media is looking for headlining material, despite the Suez paper11 aptly listing a series of limitations of its study. Thus, when authors equate from a handful of subjects that probiotics reverse or delay microbiota recovery from high-dose antibiotics with “increased susceptibility to a myriad of chronic and infectious diseases”, and do not provide any clinical evidence to support this, is it any wonder fellow-scientists react? Furthermore, Dr. Elinav is quoted by the BBC as saying,

“Contrary to the current dogma that probiotics are harmless and benefit everyone, these results reveal a new potential adverse side effect of probiotic use with antibiotics that might even bring long-term consequences“,

which is an unjustified conclusion from the study at hand. A statement that “just buying probiotics at the supermarket ….is quite useless”, denigrates legitimate, well-studied efficacious probiotics that can be purchased at some supermarkets.

With such sweeping, unsupported statements, the resultant inaccurate news headlines “Probiotics labelled quite useless”12 or “Probiotics ‘useless in many cases’ could even be harmful”12 should hardly be surprising. These types of lay reports could have damaging implications, namely that consumers decide not to use a probiotic during antibiotic therapy. Thousands of people have died from antibiotic-associated diarrhea, particularly in recent years caused by Clostridium difficile. The evidence for a number of probiotic products preventing antibiotic-associated diarrhea is strongly supported by meta-analyses, with low numbers needed to treat13,14. Few consumers read meta-analysis, but many could now regard all probiotics as useless. Countering such impressions with a balanced view is always difficult, as journals and news agencies don’t like rebuttals. The horse has sadly bolted.

Instead of critiques commenting on meritorious investigative efforts of studies, the sensationalistic messaging leads the discussion down a different path.

One can only hope that consumers either don’t read these news articles, have strong enough will-power to reject or investigate what is being conveyed, or realize that some headlines are really fake news.

As researchers continue their attempts to understand how the human microbiome (not just the microbes but also their metabolites and host-induced responses) functions and responds to drugs, beneficial microbes, food and supplements, it is critical that care is taken on how studies are designed, analyzed and reported, and how journals and reviewers take steps to minimize generalized or unsupportable conclusions.

Conflict of interest. For the purpose of clarity, I have consulted for companies selling probiotics, pharmaceutical agents and consumer products, but receive no financial return from the sale of L. rhamnosus GR-1 or any probiotic strain mentioned in this article. 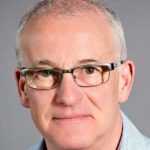