The balance of microbiota in the gut has a significant effect on general wellbeing, as well as clear associations with many diseases and a patient’s response to certain treatments. The role of the microbiota in the population in general, and especially in patients with gastrointestinal conditions, is now the subject of research being undertaken at the LMU University Clinic in Munich, Germany. The study is led by Professor Peter Malfertheiner, who was the director of gastroenterology, hepatology and infectious diseases at the Otto-von-Guericke University Hospital in Magdeburg, Germany, for 22 years, and has a special interest in Helicobacter pylori and the impact of antibiotics on the gut. In this article, Prof. Malfertheiner discusses the prospect of being able to routinely identify and manipulate the microbiota, and its potential role in directing treatments for all manner of conditions.

Many studies undertaken in the last decadehave found direct links between imbalances of the gut microbiome – dysbiosis – and a number of seemingly unrelated conditions, including IBS, coeliac disease, obesity, type I and II diabetes, depression and autism.

However, as Prof. Malfertheiner explained, the question of what constitutes a ‘healthy’ gut remains a heavily debated topic among researchers in gastroenterology.

“We are certainly getting closer to being able to describe what is ‘normal’ in terms of bacterial species within a given population, but it depends hugely on the environment, climate, lifestyle and dietary habits of the cohort, and there is still much to be learnt. On another level, a normal gut microbial composition can also vary within one individual, depending on their health, diet and activity levels on any given day.”

The clinical significance of identifying and quantifying dysbiosis

It is only in recent years that it has become possible to characterise and quantify dysbiosis, but the ability to perform an accurate test offers significant potential for diagnosing and directing treatment for a wide range of diseases. Prof. Malfertheiner continued:

“Mapping the specific bacterial composition in the gut of an individual and comparing it in a quantifiable way to a healthy profile is extremely beneficial for researchers and clinicians alike, as it helps us to understand how and why certain bacteria aberrate from a healthy flora. The potential to draw conclusions about a specific bacteria’s functional profile, and how that might relate to the clinical presentation, is now much greater. By looking at dysbiosis in more detail, we hope to understand why two individuals with similar symptoms of IBS could have markedly different microbiome profiles, and yet one be classed as dysbiotic and the other ‘healthy’. And, conversely, how two similar dysbiotic profiles can cause symptoms in one patient but not the other.”

Prof. Malfertheiner’s team is pioneering an approach using a standardized and reproducible CE-marked IVD test that identifies over 300 possible species of gut bacteria from a patient’s faecal sample, and compares this to a healthy control profile; the degree of deviation from the norm indicates the severity of the dysbiosis. The assay is based on 48 predetermined bacterial probesselected on their ability to distinguish between healthy controls and IBSdiagnosed patients. An algorithm based on bacterial abundance and normal profiles then calculates a dysbiosis index score,1 giving a baseline with which subsequent tests can be compared to assess any changes that might result from treatment or lifestyle changes.

Prof. Malfertheiner now identifies and measures dysbiosis as part of his routine screening for individuals with symptoms suggestive of IBS. He continued:

“Around 10-15 % of individuals experiencing abdominal pain, bloating, constipation or diarrhoea will be diagnosed with IBS. I see many patients who have had little success with previously recommended treatments, and it is hugely beneficial to know whether they are dysbiotic or not. We use the dysbiosis data, in conjunction with the clinical history, to guide the selection of an individualised probiotic composition that aims to target and manipulate specific bacteria towards a healthier profile. Repeated testing can indicate if the balance of microbiota is shifting as we hope and, if this coincides with the patient reporting improvements after four weeks, we continue with the therapy. In these cases, we find that if the probiotics are stopped at any point, the individual will go back to their original microbial fingerprint after 10 days and symptoms will return. However, if no improvement is seen, we try a different probiotic strain and measure again. The crucial thing about probiotic therapies is that a patient must be prepared to use them for the long term, and measuring the dysbiosis objectively provides validation for the clinical decision-making in this approach.”

The most promising treatment for altering the gut microbiome to date is faecal microbiota transplantation (FMT), whereby a solution of faecal matter from a donor is transplanted into the intestinal tract of a recipient with the aim of changing their microbial composition.

“FMT has been successful in treating recurrent Clostridium difficile infection and early indications suggest it may have therapeutic potential for other gastrointestinal conditions and even conditions outside the digestive system. In this context, identifying and measuring dysbiosis potentially represents a useful method of gaining a detailed profile of the donor’s microbiome before transplantation, and providing an accurate measure of the recipient’s composition both before and after FMT.”

Monitoring the effects of antibiotics and ageing

This quantification method is also opening up other research pipelines for understanding dysbiosis, as Prof. Malfertheiner described:

“One of my professional endeavours is to eliminate H. pylori. This highly prevalent infection is most commonly treated with a 14-day course of antibiotics, which has a significant impact on the microbiota composition of the gut and consequently many people experience gastrointestinal symptoms, such as diarrhoea. Dysbiosis profiling helps to plan treatments to minimise unpleasant side effects, which could be very helpful in this and other conditions, particularly those where antibiotics are prescribed long term. At the same time, we are beginning to understand more about the natural ageing processes of the gut; we have compared the composition of healthy gut microbiomes in older and younger people from a similar population, and are looking at whether there is a ‘physiological’ dysbiotic process related to ageing, and whether this is significant for the elderly who have digestive symptoms and disease.”

A bright future for dysbiosis testing

We continue to learn more about the microbiota composition in the gut, and the addition of a test that can characterise and quantify over 300 species of bacteria further extends our ability to potentially apply this ever-growing knowledge to diagnosing and treating gastrointestinal conditions. Prof. Malfertheiner concluded:

“I believe identifying what is, and isn’t, a healthy gut microbiome and measuring deviations away from this composition is an important development that holds exciting potential for all manner of gastrointestinal conditions. It signifies a step towards offering personalised medicine by providing essential information that allows targeted and individualised treatments to manipulate the gut microbiome for multiple health benefits.” 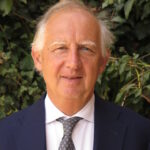