Millions of people take capsules of probiotics with the goal of improving their digestion, but what if those bacteria were also able to detect diseases in the gut and indicate when something is awry? New research from the Wyss Institute at Harvard University and Harvard Medical School (HMS) has created an effective, non-invasive way to quickly identify new bacterial biosensors that can recognize and report the presence of various disease triggers in the gut, helping set the stage for a new frontier of digestive health monitoring and treatment. The paper is published in mSystems.

“Our understanding of how the human gut microbiome behaves is still in its early stages, which has hindered large-scale research into creating biosensors out of living bacteria,”

said David Riglar, Ph.D., a former postdoc at the Wyss Institute and HMS who now leads a research group as a Sir Henry Dale Fellow at Imperial College London.

“This work provides a high-throughput platform for identifying genetic elements in bacteria that respond to different signals in the gut, putting us one step closer to engineering complex signaling pathways in bacteria that allow them to detect and even treat diseases long-term.”

The new platform builds on previous work from the lab of Wyss Founding Core Faculty member Pamela Silver, Ph.D. that designed a genetic circuit consisting of a “memory element” derived from a virus and a synthetic “trigger element” that together can detect and record the presence of a given stimulus – originally, a deactivated version of the antibiotic tetracycline. The synthetic circuit was integrated into the genomes of E. coli bacteria, which were introduced into live mice that were then given tetracycline. The antibiotic caused the trigger element in the bacterial circuit to activate the memory element, which “flipped” like a switch that remained “on” for up to a week so that the bacteria “remembered” the presence of the tetracycline. The “on” signal was then easily read by non-invasively analyzing the animals’ excrement.

The team next demonstrated that the circuit could be tweaked to detect and report tetrathionate (a naturally occurring molecule that indicates the presence of inflammation) in the intestine of living mice for up to six months after being introduced into the animals, showing that their system could be used to monitor signals that would be useful for diagnosing disease states in the gut long-term.

But tetrathionate is just one molecule; in order to develop new bacteria-based diagnostics, the researchers needed a way to rapidly test different potential trigger elements to see if they could respond to more disease signals.

First, they modified the genetic circuit by adding an antibiotic-resistance gene that is activated when the memory element is flipped into its “on” state, allowing bacteria that “remember” a trigger to survive exposure to the antibiotic spectinomycin. To test their updated circuit against a wide variety of molecular signals, they created a library of different strains of E. coli that each contained the memory element and a unique trigger element in its genome. This library of bacterial strains was then introduced into the guts of live mice to see if any of the trigger elements were activated by substances in the mice’s intestines. When they grew bacteria from mouse fecal samples in a medium laced with spectinomycin, they found that a number of strains grew, indicating that their memory elements had been turned on during passage through the mice. Two of the strains in particular showed consistent activation, even when given to mice in isolation, indicating that they were activated by conditions inside the mice’s gut and could serve as sensors of gut-specific signals.

The researchers repeated the experiment using a smaller library of E. coli strains whose trigger elements were genetic sequences thought to be associated with inflammation, ten of which were activated during transit through the mice. When this library was administered to mice that had intestinal inflammation, one particular strain displayed a stronger memory response in mice with inflammation compared to healthy mice, confirming that it was able to successfully record the presence of inflammatory biomolecules in the mouse gut and thus could serve as a living monitor of gastrointestinal health.

“The beauty of this method is that it allows us to identify biosensors that already exist in nature that we wouldn’t be able to design ourselves, because so much of the function and regulation of bacterial genomes is still unknown. We’re really taking advantage of the incredible genetic diversity of the microbiome to home in on potential solutions quickly and effectively”

Additional features of the system include the ability to record signals that occur either chronically or transiently in the gut, as well as adjustable sensitivity in the form of synthetic ribosome binding site (RBS) sequences engineered into the trigger elements that can control the rate at which the promoters can induce an “on” memory state in response to a signal. These capabilities allow for the fine-tuning of bacterial biosensors to detect specific conditions within the gut over a long time span.

“We have been able to advance this technology from a tool that tests for one thing to a tool that can test for multiple things concurrently, which is not only useful for identifying new potential biosensors, but could one day be developed into a probiotic-like pill containing sophisticated collections of bacteria that sense and record several signals at once, allowing clinicians to ‘fingerprint’ a disease and have greater confidence in making a diagnosis,”

said Pamela Silver, who is also the Elliot T. and Onie H. Adams Professor of Biochemistry and Systems Biology at HMS.

“The continuing advances made by the Silver team in the development of living cellular devices based on the genetic reengineering of microbiome represents an entirely new approach to low-cost diagnostics. This approach has the potential to radically transform how we interact with and control biological systems, including our own bodies,” 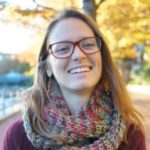