Three studies published in the journal Gut over the past 5 years describe how the gut microbiome of African infants is affected not only by dietary iron but also by the combination of iron with antibiotics – a widely prescribed medication in developing countries. These studies involved collaborations between researchers from Switzerland,1 Kenya2, South Africa3 and the Netherlands4.

Iron-deficiency anaemia in childhood is a common problem in many parts of the world. Although full-term babies are born with iron stores accumulated in the womb, these stores last only four to six months. At this point they are dependent on the iron in breast milk or in iron-fortified formula. And once infants start eating solids, additional iron is needed in the form of fortified cereals and other iron-rich foods. However, the staple cereal flours on which children in developing countries are often weaned contain insufficient iron. World Health Organization guidelines therefore recommend iron supplementation in areas with a high prevalence of iron deficiency (WHO 2001). Such in-home iron fortification programmes are in place in many countries, including Sub-Saharan Africa.

Much of the iron in an infant’s diet is not absorbed into the blood but remains in the gut and passes into the colon, where it can cause problems: an excess of iron in the colon is thought to favour the growth of pathogenic bacteria, at the expense of other more beneficial bacterial species. And it is this shift that is thought to cause the higher levels of diarrhoea sometimes seen in infants receiving extra dietary iron.

To determine whether or not this is the case, the first study looked at the effects of two widely used iron-containing food supplements on the gut microbiome of Kenyan infants prone to diarrhoeal disease (Jaeggi T. et al.2015). The microbiome composition was analysed by 16S rDNA sequencing and targeted real-time quantitative PCR.

The researchers found that infants receiving iron supplements had not only a slightly higher risk of diarrhoea but also a relatively higher abundance of potentially pathogenic subgroups of bacteria such as pathogenic E. coli, and a relatively lower abundance of protective bifidobacteria. This was seen for both the high-dose (12.5 mg iron per day) and low-dose (2.5 mg iron per day) micronutrient powders used in the study. The findings suggest that iron fortification may indeed cause a shift in gut microbial balance away from beneficial ‘barrier’ strains towards a potentially more pathogenic profile.

Jaeggi et al.’s findings suggest that the the iron dose in food supplements should be as low as possible while retaining efficacy against anaemia. In the second study, the researchers therefore tested a safer iron formulation in a similar population of Kenyan infants (Paganini D. et al.2017). The micronutrient powder that they tested contained iron at a relatively low dose but in a highly bioavailable form. The powder also contained galacto-oligosaccharides – a prebiotic added to some commercial infant formulas to promote the growth of beneficial bacteria. They wanted to determine whether this new formulation could maintain and/or promote growth of beneficial bacteria in the infant gut and whether a low dose of iron (5 mg iron per day) was sufficient to treat anaemia. As before, the microbiome composition was analysed by 16S rDNA sequencing, and the abundance of gut pathogens by quantitative PCR.

Compared with infants receiving a micronutrient powder containing the new iron formulation only, infants who received the new iron formulation plus the prebiotic had several advantages: not only were they less likely to have anaemia, they also had relatively higher abundances of protective Bifidobacterium and Lactobacillus, and relatively lower abundances of pathogens. The findings of this 2017 study indicate that the iron dose in micronutrient powders can indeed be reduced to 5 mg while maintaining efficacy, and that a low dose of iron given with prebiotics may be beneficial in offsetting the adverse effects of iron on the infant gut.

In Sub-Saharan Africa where the first two studies took place, besides being given extra iron, infants are often commonly prescribed antibiotics – particularly for life-threatening bacterial infections that cause diarrhoea and respiratory illnesses. Given that antibiotics also modify the gut microbiome, a logical next step for the researchers was to see what happens when infants receive both iron and antibiotics (Paganini D. et al.2019). They were particularly interested in determining whether antibiotic activity in the gut might be affected by the presence of iron. As in the previous studies, the gut microbiome composition was assessed by 16S rDNA sequencing and the abundance of enteropathogens by quantitative PCR.

Despite the relatively small sample size of this study (just 28 Kenyan infants took part), the researchers saw a clear effect of the presence of iron: in infants receiving antibiotics but no iron, antibiotic efficacy against potential enteropathogens was relatively high, and the abundance of protective Bifidobacterium remained high after antibiotic treatment. However, in infants receiving antibiotics plus iron-containing micronutrient powders, they noticed that antibiotics were less effective against potential enteropathogens and that Bifidobacterium was less abundant in the gut. The researchers concluded that if their findings are confirmed in larger trials then it may be necessary for health-care practitioners to consider temporarily discontinuing iron supplements for infants during antibiotic treatment.

In summary, these three studies highlight how dietary iron can be detrimental to the infant gut microbiome and why even a low dose of iron may reduce the effectiveness of antibiotics in this vulnerable group of patients. They also show how some of these problems may be addressed by giving infants a safer iron formulation by adding a prebiotic. Such solutions will undoubtedly be the topic of future studies, which will continue to make use of state of the art next-generation sequencing and bioinformatics methods for profiling of bacterial DNA in faecal samples. The three studies described here, exemplify the use of such techniques and future analyses with shotgun metagenomic sequencing will provide higher-resolution analysis of complex microbiome samples, including insight in microbial gene functions and strain-level identification of microbes. 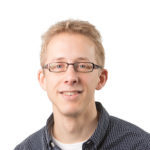