Through this new collaboration, IMM-ETG hopes to gain valuable insight and feedback from the competent authorities with the aim of establishing a harmonised regulatory landscape for such products across the European Union.

The key objectives of IMM-ETG are:

Currently, the regulation and classification of Faecal Microbiota for Transplantation in Member States of the European Union falls within the remit of each respective national competent authority[2] and, as such, there is no clearly-defined pan-European harmonised regulatory pathway for companies pursuing industrially produced intestinal microbiome whole ecosystem-based therapeutics.

Most of the 30+ active clinical trials (using Faecal Microbiota Transplantation) in Europe are mainly sponsored by academics and are regulated on a national basis. As the industry develops there is a strong need for regulatory harmonisation and clarity across Europe in this domain.

This collaborative effort by IMM-ETG is focused on developing a number of regulatory suggestions, proposals and recommendations in relation to intestinal microbiome whole ecosystem-derived drug development across the various categories of industrially-produced medicinal products.

Faecal Microbiota Transplantation (FMT) is a medical procedure that has emerged as an effective treatment option for various severe, microbial infections including recurrent and refractory Clostridium difficile. In this context, the Faecal Microbiota that is administered is regulated as a drug in several countries (i.e. France, Germany, United Kingdom, United States, Canada, Switzerland). This largely non-standardised[3] treatment works by introducing intestinal microbiota from the faeces of a donor into the gut of a recipient with the intention of treating a disease. The key steps of the process[4] are: the screening of donors, the collection of a donation, dilution of the donation with sterile saline solution (0.9%) and, usually, the addition of glycerol (10%) when frozen.

Faecal Microbiota is a heterogeneous and complicated consortium of microorganisms (bacterial, viruses and fungi), human cells and undigested food substances. The EU commission has previously released a position which stated that when administered into a recipient with therapeutic intention, the ‘active components’ of the faecal microbiota are not the human cells. In light of this, Faecal Microbiota is not considered as falling within the scope of Directive 2004/23/EC[5] on human tissues and cells legislation, and may be considered as a medicinal product.

The IMM-ETG endorses and encourages academic research using FMT and is open to collaborate in this field. In this context it should be emphasized that, according to the Directive 2001/83/EC, Title II, Article 3: ‘medicinal product prepared in a pharmacy in accordance with a medical prescription for an individual patient (commonly known as the magistral formula)’[6] does not fall under its scope and can be regulated at the national level, under a hospital pharmacy exemption. Faecal Microbiota material intended to be transferred into an individual recipient, as described previously, enters in this definition and therefore, doesn’t fall under the scope of the Directive 2001/83/EC.

The IMM-ETG is of the view that for empirical FMT using Faecal Microbiota prepared under hospital pharmacy exemption, it is generally acceptable that there is limited quality control of the final product against specific release criteria or analysis of the final composition for comparison with initial donor microbiota. These are key differences between products prepared industrially by a method involving a standardised and reproducible industrial process. Furthermore by definition, these hospital pharmacy-prepared products can only be on a small scale for individual patients and are not allowed to be commercialised.

The IMM-ETG position is that intestinal microbiome whole ecosystem-derived products that are prepared outside the hospital pharmacy exemption should be regulated as a medicinal product following industry standards and controlled in such a way that a product of consistent batch-to-batch quality is available to patients. Individual intestinal microbiome whole ecosystem derived-products need to be classified as particular types of medicinal products.

The IMM-ETG proposes that products defined as intestinal microbiome whole ecosystem-derived (collected from an appropriately screened single donor, pool of donors or from the recipient themselves) are medicinal products, in so far as they are intended to ‘treat or prevent disease in human beings’[7] and are to be regulated according to Directive 2001/83/EC across all EU Member States, as long as they are ‘intended to be placed on the market in Member States and either prepared industrially or manufactured by a method involving an industrial process’[8].

Practice across the developed world is that industrially-produced intestinal medicinal products should be standardised, manufactured and controlled with validated and reproducible processes and released according to the principles of Good Manufacturing Practice (GMP) under a license from a competent authority. In line with this, the group is of the view that all intestinal microbiome whole ecosystem-derived medicinal products that are industrially produced need to be manufactured in a GMP-licensed facility. Furthermore, such products intended for use in a clinical trial should also be subject to the pertinent quality and GMP requirements for all medicinal products.

This article was originally published on PRI website here.

[1] from an appropriately screened human single donor, pool of donors or even the recipients themselves.

[5] DIRECTIVE 2004/23/EC OF THE EUROPEAN PARLIAMENT AND OF THE COUNCIL of 31 March 2004 on setting standards of quality and safety for the donation, procurement, testing, processing, preservation, storage and distribution of human tissues and cells 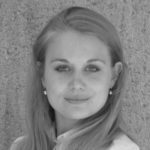