Over the past two years during this global pandemic, it has become clear that regrettably, those of us who are the most vulnerable to severe disease from SARS-CoV-2 are the ones with underlying chronic diseases such as diabetes, heart disease, inflammatory bowel disease, and asthma. While each one of these conditions is different and multi-faceted, they all develop over time due to complex interactions between genes and lifestyle—and in particular diet.

Optimism is warranted, however, because scientists are on the cusp of a new way of thinking about chronic disease. Metagenomic sequencing of microorganisms is quicker and easier than ever, and the data these capabilities are building is leading us to the exact mechanisms of how diet contributes to chronic disease. Different combinations of foods affect the gut microbiome, and in turn, those microbes participate in the acute and long-term regulation of the immune system. Microbes in our gut release metabolites that can have a profound influence on health, even contributing to whether or not someone ends up with a diagnosed condition over the long term. Finding out more about these interactions is the focus of several major research centers, including the Nebraska Food for Health Center (NFHC) at the University of Nebraska, and the Foods for Health Institute at the University of California-Davis.

By investigating the human digestive tract, research groups around the world are discovering how different microbes in the microbiome contribute to health and disease prevention. This enables centers such as NFHC to look at the array of food crops we have available and the natural variation in traits of those crops, zeroing in on the traits that have desirable effects on the microbiome (Microbiome-Active Traits—MATs). MATs in these crops can then be targeted for improvement through traditional breeding, the same way yield traits have been improved, to create new lines of crops that can be substituted as ingredients in existing foods. Ultimately, the strategy would allow development of a new generation of foods designed to promote optimal microbiomes and reduce predisposition to disease.

Shifting our agriculture system toward crops that promote health through the microbiome won’t be an easy task, as we will have to change our mindsets about the way food crops and foods are produced and ultimately change the paradigm of agriculture. For the last century, American agriculture has been focused on production, with major emphasis on yield and sustainability as well as providing good value to the consumer. These factors are important, of course, but health of the stakeholders has not been a driver. Now that we know damaged microbiomes are at the center of some of the most common lifestyle diseases, we have a chance to put American agriculture at the center of the solutions for better health of our population. We can gradually shift production to grow food crops that better support the beneficial microbes in the digestive tract, providing health benefits to individuals on a bigger scale.

This strategy for shifting the focus of agriculture was developed at the University of Nebraska and dubbed “Agriculture 2.0” by philanthropist Jeff Raikes. Ag 2.0 provides a new direction for the agricultural research engines of our nation’s Land Grant Institutions and the USDA, which will enable us to achieve impactful outcomes on health of our population. The strategy also unites agriculture and medicine in powerful new ways (making the phrase ‘let food be thy medicine’ a reality) so that we can not only prevent disease, but perhaps also treat diseases such as obesity, diabetes and inflammatory bowel disease that cause hardship to individuals living with them.

Already we are making steady progress in these global efforts. Catalytic philanthropic investments such as those by Jeff Raikes have supported NFHC, who is also partnering with similar centers such as the Foods for Health Institute at the University of California-Davis, the Whistler Carbohydrate Research Center at Purdue University, and the Alimentary Pharmabiotic Centre in Ireland. These partnerships build on existing collaborations between scientists at these entities as well as a larger-scale endeavor to communicate the concept of “Food for Health through the microbiome” to the broader scientific community. As a first step for the latter, these entities collaborated to put on the Ag & Health Summit in October, 2021.  This major international conference promoted scientific exchanges between agricultural and biomedical researchers and relevant industrial partners for scientific exchanges to highlight the real opportunities of food for health, including the advancements made so far and challenges or data gaps, and the regulatory and economic barriers. By bringing together experts across the spectrum of food production and medicine, we are certain we will one day shift the direction of agriculture and bring about a new paradigm of food for health. 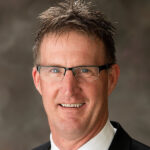 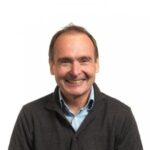 Director at Foods for Health Institute, University of California-Davis