First described in the 4th Century in China, practiced since the 1950’s and re-discovered relatively recently [1][2], Fecal Microbiota Transplantation (FMT) or simply Fecal Transplant is a therapeutic approach in which more or less processed fecal material from a single (or multiple) healthy donor(s) is transferred to a diseased individual to restore health. This therapeutic strategy was actually the one that sparked interest in microbiome drug development back in 2013, with the publication of the results of a human trial in which FMT showed extremely efficacious against recurrent Clostridioides difficile infection [3]. Since then, multiple companies and academics have embarked in the development of FMT treatments for different conditions, targeting C. difficile infection and beyond.

In its early days, FMT was performed after little processing of the original fecal material. However, advances in microbiome science have allowed to identify the key elements (e.g. key microbial species or activities) responsible for its efficacy. At the same time, safety concerns have also made it necessary to design processes which eliminate or rule out the presence of infectious agents. Whereas some current FMTs are still the result of simple processing (e.g. filtration, centrifugation), some companies have designed sophisticated procedures to further refine the original material, therefore yielding products composed of defined consortia of microorganisms.

Drugs based on FMT and on FMT-derived defined consortia of microorganisms are amongst the most advanced clinical programs of the entire microbiome drug development industry. Last year, two leading players, namely Seres Therapeutics and Rebiotix-Ferring Pharmaceuticals, reported positive results from their respective Phase 3 clinical trials in recurrent C. difficile infection (rCDI). This very month, Seres announced further confirmatory results from an additional study with their lead candidate for this indication, SER-109. Both companies are now involved in the process of approval to become the first FDA-authorized microbiome therapeutic. Some other players are entering or engaged in Phase 3 clinical trials, such as Spain’s Mikrobiomik with MBK-001 for rCDI and France’s Maat Pharma with MaaT013 for the oncology indication Graft-versus-Host Disease.

Whereas infectious diseases (chiefly rCDI) have classically been the main application of FMT, Oncology indications have been gaining significant traction over the last years. FMT exploration in cancer started in the segment of supportive care as a means to preserve or restore the gut microbiome damaged after cancer treatments, for instance aiming at preventing colitis and chemotherapy-induced diarrhea. These applications follow a mechanistic rationale somehow similar to the one of FMT in rCDI. However, deeper understanding of the role of the microbiome in drug efficacy has led some companies to start exploring FMT as a combination with immunotherapy in melanoma, leukemia and others. Given its potential immune-modulatory capacity, also a large share of FMT programs are focusing in immune-mediated diseases, mostly Inflammatory Bowel Disease (Figure 1).

Regulatory affairs: moves in Europe and global lack of harmonization

This month, the EU Innovation Network (EU-IN) released a report with an update of the regulatory situation of FMT in Europe and providing some industry guidance [4]. This organism was established in 2015 to strengthen the collaboration between national competent authorities and the European Medicines Agency (EMA) on regulatory matters relating to emerging therapies and technologies. This move is significant as European authorities have been quite silent regarding FMT, with the exemption of a dedicated chapter with generic quality and safety framework for FMT in the latest edition of the European Directorate for the Quality of Medicines and Healthcare (EDQM)’s Guide to Quality and Safety of Tissues and Cells for Human Use, back in 2019 [5].

EU authorities have actually discussed FMT at different levels since 2014. However, there is no common EU position to the regulatory consideration of FMT, or any regulatory guidance. Given that FMT does not fall within the scope of a particular quality and safety legislative framework at the EU level, the European Commission has expressed their opinion that it is up to Member States to decide on an appropriate regulatory framework at national level, including quality and safety requirements. Also, FMT cannot be regulated under the new Medical Devices Regulation 2017/745 as it excludes viable transplants, tissues or cells of human origin as well as viable biological material or viable organisms including living microorganisms from its scope of application. It is also excluded from Directive 2004/23 on the standards of quality and safety for the donation, procurement, testing, processing, preservation, storage and distribution of human tissues and cells.

This has led to a situation in which individual countries have made national decisions on the regulation of FMT, resulting in different approaches and a lack of consistency in relation to the regulatory standards and associated scientific guidelines, whereas some EU countries have not positioned themselves regarding their regulatory view on FMT. Known positions of EU Member States and the UK are summarized in the Figure 2 below.

In Europe, most of the countries which have positioned themselves on the regulatory approach of FMT have determined a single category for it. Most of them are in fact regulating FMT as a Medicinal Product (i.e. drug). This is the case of Croatia, the Czech Republic, France, Germany, Ireland, Portugal, Spain and Sweden. Finland does, however, regulate it as a therapeutic intervention, and Belgium and Italy cover FMT under their national Tissues and Cells legislation, despite the above mentioned exclusion of FMT from EU’s Directive 2004/23.

Nevertheless, in some other EU countries the regulatory consideration of FMT depends on the degree of processing of the fecal material or its clinical application. Austria regulates it as a drug when it is processed (i.e. removal of undigested fecal matter, selection of certain microorganisms), but deemed it as a therapeutic intervention when it is not or minimally processed (i.e. administered fresh or simply filtered or centrifuged). Denmark has an analogous position, in which FMT is considered a Medicinal Product when a clinical indication is claimed (i.e. treatment or prevention of a disease), whereas it may be considered a tissue when minimally processed and employed for the reversion of dysbiosis in the hospital.

In other parts of the world we find similar situations and also lack of harmonization. The United Kingdom has a view similar to the one of their EU neighbours, and regulates FMT as a drug. Health Canada has a similar view and classifies FMT as a biologic drug [6].

In Australia FMT is also regarded as a biological drug. However, where the product is characterized and grown from established isolates with standardised consistency (i.e. closer to a defined consortium), it may be regulated as a medicine rather than a biological [7].

Nevertheless, the United States is the geography with the longest regulatory and industry guidance tradition. Already in 2013, the FDA issued a first guideline in which it established that FMT may be used to treat rCDI not responsive to standard therapies without filing an IND, provided that doctors obtain informed consent from the patient. This positions FMT for rCDI as a therapeutic intervention in the country, rather than as a drug. For all other therapeutic applications, FMT is considered a drug, and therefore requires an IND application to be performed. The Agency has since published draft guidance documents in 2014 and 2016, which have not yet been enacted [8].

Although, as discussed previously, FMT is today the microbiome therapeutic approach better positioned to gain final regulatory approval, this segment is not exempt from challenges.

Many investors are cautious with FMT as pharmaceutical companies struggle with its biochemical complexity, difficulty to be biologically characterized and manufactured consistently, as well as its perceived weaker IP position. In fact, according to the Microbiome Drug database™, FMT is the microbiome therapeutic approach receiving the least funding of them all.

An additional challenge for FMT is arguably the authorities’ concern with its safety. Although thousands of transplants have been performed with successful outcomes and no adverse events, in June 2019 the FDA informed about two cases of immunocompromised patients which had developed invasive infections caused by extended-spectrum beta-lactamase (ESBL)-producing Escherichia coli after receiving an FMT from the same donor. A year after, between March and April 2020, the FDA issued four different alerts about the potential transmission of enteropathogenic Escherichia coli (EPEC), Shigatoxin-producing Escherichia coli (STEC) and COVID-19 with this procedure.

[5] European Directorate for the Quality of Medicines & Healthcare, “New Guide to the quality and safety of tissues and cells for human application”, September 2019, https://www.edqm.eu/en/-/new-guide-to-the-quality-and-safety-of-tissues-and-cells-for-human-application 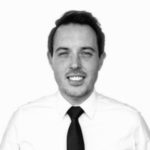 Sandwalk BioVentures is a specialty strategy, innovation, regulatory and management consulting firm focused on microbiome technologies servicing companies in the food and pharma sectors, as well as financial and strategic investors exploring to enter this field. The company has created the Microbiome Drug Database™, an online repository containing the most extensive and thorough analysis of biotechnology companies developing pharmaceuticals from or through the microbiome.