In November 2021, US “Interference” proceedings resulted in cancellation of five US patents owned by SNIPR TECHNOLOGIES. It was concluded that the technology claimed in those patents was invented earlier by The Rockefeller University.  The University have their own earlier patent filing focused on that technology, which is licenced to ELIGO BIOSCIENCE.  The decision is under Appeal.

Perhaps the most commercially relevant lessons to be learned from these proceedings relate to IP strategy creation in a developing and competitive market. Both ELIGO and SNIPR are well known developers of microbiome therapeutics that harness the gene editing specificity of CRISPR. They are clearly competitors and have no doubt been building an IP portfolio and strategy with this in mind.

IP strategies designed to enable an innovator to dominate a developing and competitive field should have the long-term aim of securing IP rights that map onto the commercial product (providing a monopoly of sales for that product).  In the short-term, the strategy should provide tools to raise investment (essentially by suggesting achievability of the long-term aim).

But, how can one build the appropriate strategy if one cannot yet know the specifics of the product that will ultimately go to market?

Being the first to develop and lay down the earliest patent filings for a new technological area is a huge advantage. The area should at that time have no prior art that might force a significant restriction on what you can claim as your invention.  The principle brake on expansive claims scope is likely to be the evidence you have to suggest that your invention has broad reaching application, and perhaps your imagination on where the practical applications of what you have found might take you.  If such broad IP protection is secured (i.e. a broad “umbrella” claim), then evolutions of your early work have a good chance of remaining “under the cover” of the umbrella.

The game is not over after securing an umbrella claim.

Throughout this process, the originator will normally be busily securing patents for their own optimisations, and both parties monitoring and taking action to restrict the other’s progress (e.g filing third-party observations or patent oppositions).  Once the final commercial product is identified, the reckoning can begin and a winner declared, or the spoils of the revenue shared.

Understanding the recent US Interference proceedings may help shine a light on the IP strategies employed by SNIPR and ELIGO.

After realising that Rockefeller were prosecuting claims in a US patent application that pre-dated and broadly claimed a similar invention to that granted to SNIPR, the USPTO initiated Interference proceedings to determine who should correctly own claims to that invention in the US.

Normally the test for who can claim ownership of an invention via a patent filing is to ask who was first in the queue to file a patent application drawn to that invention (providing legal certainty from a verifiable act). However, prior to the enactment of the 2013 America Invents Act (AIA), the US operated a different system to the rest of the world; one that required parties to demonstrate who was the “first-to-invent”.   Since Rockefeller’s application was based on a filing that pre-dated the AIA, the USPTO decided that interference based on pre-2013 law should be used to determine the right to patent in this case (a point disputed by SNIPR and the subject of ongoing appeal proceedings).

Going into the interference proceedings, the available facts showed that Rockefeller had made their earliest patent filing more than two years prior to SNIPR.  On that basis, in a first-to-invent situation, you might expect that SNIPR would respond by providing evidence that they had realised the invention prior to the earliest patent filing of Rockefeller. Interestingly, SNIPR did not provide such evidence. Rockefeller therefore had to demonstrate that the invention claimed in their patent filing was the same as that of the five SNIPR filings in order to win their case.  In reaching their conclusion, the USPTO considered the following: if Rockefeller’s claimed invention had been analysed as prior art to SNIPR’s claims, would it have anticipated or rendered obvious the subject-matter of SNIPR’s claims?  The USPTO concluded that the answer was yes.

The conclusion of the Interference proceedings essentially established that, according to the USPTO, Rockefeller invented the use of CRISPR to target bacteria in a mixed population before SNIPR. As a consequence, the five SNIPR patents were cancelled.

SNIPR has appealed the decision. In order to win at appeal, SNIPR could seek to provide evidence that they conceived of the invention before Rockefeller.  Alternatively, and we understand to be a key argument in their Appeal, SNIPR can attempt to get the proceeding thrown out on the basis that consideration under pre-AIA law was inappropriate. If successful in this latter point, cancellation of the five patents would be reversed, but based on what we have learned above, successful enforcement of these patent rights cannot be guaranteed.  When enforcing their patents, SNIPR should be prepared to argue that their claimed invention is novel and inventive over that disclosed in the Rockefeller early filing (the USPTO’s consideration, as discussed above, suggests this may not be straightforward), and if not, that Rockefeller’s early filing provided insufficient details of the invention as it relates to that claimed in the SNIPR patents.

Based on the USPTO’s conclusions and analysis, how can we interpret both parties IP strategies?

Rockefeller filed their first patent application in 2013 broadly directed to the treatment of a bacterial infection using a CRISPR system; an application that went on to spawn an International (PCT) patent application.  Early to the emerging field, and prior to SNIPR, this was the University’s chance to secure broad umbrella claims.

Although the claims of the International (PCT) application were relatively narrowly focused on the selective reduction of S. aureus using a phagemid packaged CRISPR-Cas9 system, the PCT also contained more general teachings about the selective reduction of bacteria in a mixed population.  The combination of generic and specific disclosures in Rockefeller’s PCT has enabled them to pursue a number of US applications of varying claims scope. A good strategy for squeezing out as much scope of protection as possible in the US from that provided in the original PCT; i.e. by aiming to develop a network of granted US patents, all derived from the PCT, the sum total of their claims defining a broad “umbrella”.  It was one of these US patent applications (US Patent Application No. 15/159,929), that was the subject of the recent interference proceedings.

SNIPR’s path has taken a different trajectory. Two years after Rockefeller’s first filing, SNIPR made its first filing, which gave rise to a set of five US patent applications, all claiming methods which use an engineered nucleic acid encoding a crRNA to modify a host cell population. In what appears to be a useful strategic move, SNIPR accelerated the prosecution of these applications.  It would appear that the five SNIPR US patent filings speeded through to grant, with five sets of relatively broad claims. This must surely have been a great early result for SNIPR in their IP strategy, as prior to the interference proceedings, the prima facie position for SNIPR would have suggested that they had secured the useful umbrella claims for this field. No doubt this fact helped to attract significant investment.

In recent years, both ELIGO and SNIPR have made further patent filings drawn to their own optimisations of the basic therapeutic technology.

Conclusions and what about Europe?

Whilst it may be too early to conclude with certainty, it would at present appear likely that ELIGO have the upper hand when it comes to securing the US umbrella claims for this field.  We are even further from being able to call who will hold the later “optimisation patents”.

Many will now be watching as US appeal proceedings play out, as the next generation of patent filings from SNIPR and ELIGO go through prosecution, and as SNIPR and ELIGO evolve their technology to arrive at an optimised commercial product.  ELIGO and SNIPR are no doubt monitoring each other’s filings, and will take steps to try and restrict the other’s emerging claims scope.

What will be interesting to see is the specific gene editing technology that is ultimately used in the optimised commercial product. If this is a classic CRISPR system as defined by Rockefeller’s early claims, then ELIGO’s umbrella will likely continue to hold them in good stead.  If the technology that is ultimately commercialised is a development of those classic systems, will either ELIGO or SNIPR be able to secure an “optimisation patent”?  There is of course also the possibility that what is ultimately used is an evolved CRISPR system (perhaps small in size) not envisaged in Rockefeller’s early filing, or indeed one of the new generation non-CRISPR gene editing tools being developed. In such a scenario, will Rockefeller’s umbrella claims still provide cover for such an evolved commercial product and, if not, who will have the patent that does?

The recent Interference proceedings are based on a law only relating to US patent rights of a specific age. What is the situation in Europe? SNIPR has filed eight European patent applications corresponding to the five US patent applications discussed above.  Prosecution in Europe has been slow. The European examiners are, it would seem, switched-on to the fact that SNIPR has to convincingly argue that what they claim is novel and inventive over that described in Rockefeller’s earliest filing.  We wait to see what claims scope SNIPR ultimately achieves from the eight filings.  We do however know that on 15 December 2021, SNIPR secured grant of one of those filings in Europe with relatively broad claims (European Patent No. 3291679). It would appear that this was based on the argument that a feature of what they claimed, being that their product altered the relative ratio of a sub-population of bacteria in a mixed population, was not adequately demonstrated in the earlier Rockefeller filing. Such arguments are complicated and nuanced so we fully expect this grant to be opposed (at least by ELIGO, openly or anonymously) by the 15 September 2022 deadline for doing so.

Turning our attention to Rockefeller’s patent portfolio in Europe, there is no equivalent early filing to the US patent family that was the subject to the Interference proceedings. ELIGO cannot therefore rely on such an early filing in Europe to secure a broad umbrella claim.  Which, if any, of the SNIPR and ELIGO patent filings in Europe will grant with claims that could be considered an umbrella?

For those readers entering a competitive field, it is hoped that the clear messages to take home from the story above are not to underestimate the power of an early (and broad) patent filing, and to conduct frequent reviews of your and your competitors’ IP strategy.  Focusing on your own IP, in isolation, makes raising investment and ultimately dominating the field a much more challenging venture. 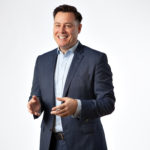 Craig is a Patent Partner and member of the HGF Microbiome IP Team. With more than 15 years of experience in this technical field, he has worked on projects relating to OTC products, FMT, bacterial and bacteriophage therapies (single-strain and consortia), formulation technologies, bioinformatics, production/purification processes, synthetic biology and a wide range of diagnostics. 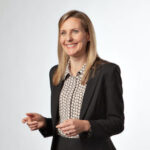 Jennifer is an experienced Patent Attorney, having practised in the field of IP for over 10 years. From her PhD days studying secondary metabolite biosynthesis in bacteria, Jennifer has a keen interest in microbiology, and has handled inventions relating to microbial cell culture, recombinant protein expression, antimicrobials, plasmids, bacteriophage, CRISPR technology, biomarkers and diagnostic assays.