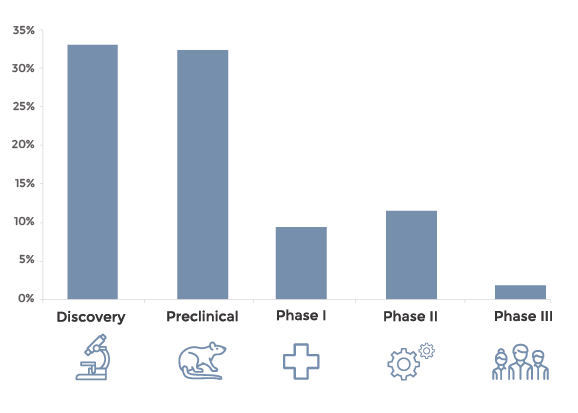 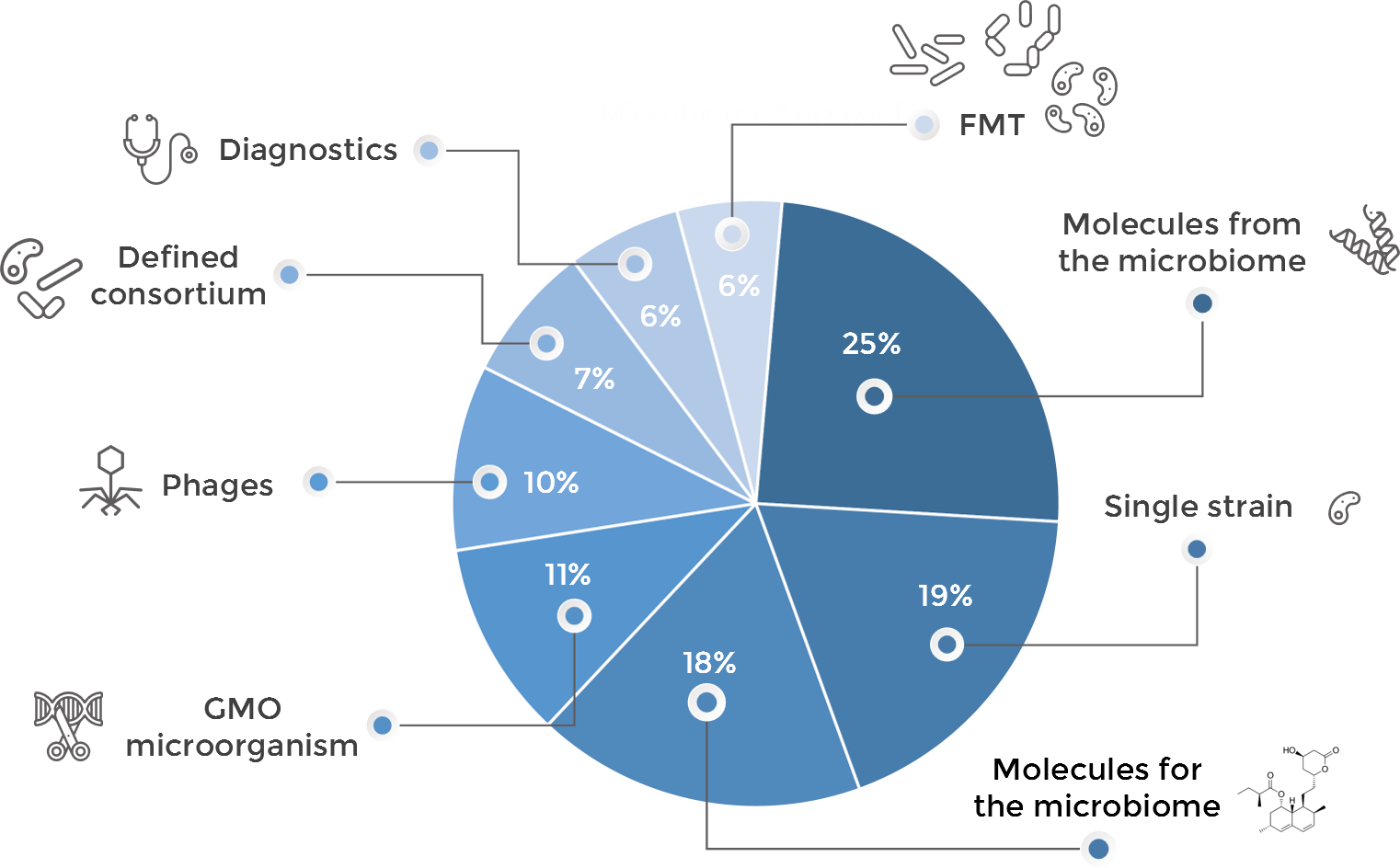 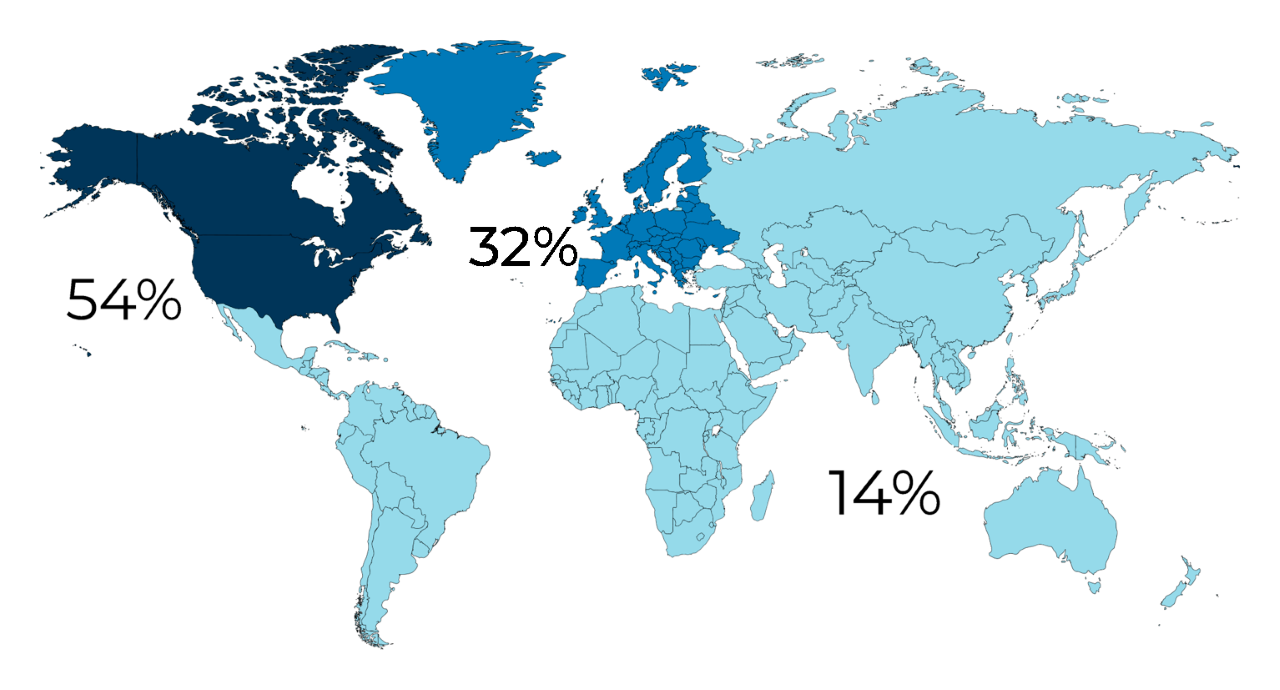 The Microbiome Drug Database™compiles the main biotechnology companies developing drugs and diagnostics through or from the microbiome, selected from Sandwalk’s Microbiome Players Database™ of 4,000+ companies active in the field of microbiome.

It is a tool designed for business development, M&A target scouting and technology analysis for companies and individuals interested in microbiome drug development.

Given the dynamic nature of the fast-growing microbiome industry, it is updated on a regular basis.

Only entities developing pharmaceuticals and/or diagnostics for human use from or through the microbiomeare included. Mainly human microbiome companies were introduced, however some companies are mining therapeutics from other ecosystems like water or soil microbiomes.

The following entities were excluded from the database:

Some specific approaches may be borderline and were assigned to a single one for simplicity and ease of use. For example, genetically-engineered bacteriophages were systematically assigned to “Phages and viruses” rather than to “GMO microorganisms”

Some diseases may be borderline and were assigned to a single one for simplicity and ease of use. For example, atopic dermatitis was assigned to “Dermatology”, whereas psoriasis was classified as “Immune-mediated diseases”.

Denominations were extracted from each company’s nomenclature. This includes some common abbreviations such as CDI for Clostridioides difficile infection and CD for Crohn’s Disease.

The world was divided into 3 areas:

Research phase is assigned according to the public information from the developer’s website or other sources:

All information shown is publicly available or has been provided with explicit permission by the companies concerned.