The brain-gut-microbiota axis is viewed as a novel paradigm in neuroscience and it is abundantly evident that the traditional approaches to developing pharmacological strategies for psychiatric illnesses are no longer yielding results.  There has been no significant breakthrough in depression since the emergence of the SSRIs.

There are marked differences in the gut microbiota between patients with major depression and healthy controls.  Patients with major depression show decreased microbial diversity. We conducted a faecal microbiota transplant in rats with faeces from depressed patients or healthy controls.  Those rats receiving a transplant from depressed patients developed a depressive phenotype with alteration in corticosterone release and tryptophan metabolism. They also developed a pro-inflammatory phenotype.

That bacteria might have a positive mental health benefit is now becoming clear. Such bacteria may influence the capacity to deal with stress, reducing anxiety, perhaps positively impacting on mood and are now called psychobiotics.  Whether they are capable of acting like and in some circumstances, replacing antidepressants remains to be seen. 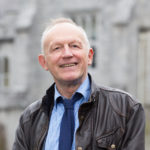